Since the company is a MS subscriber, so the following process was on a office computer which previously installed Visual Studio 2012 with legal product key. I could not be sure whether our company could still use the same product key without buy a new one.

Then I restarted computer, and start to run Visual Studio 2013.

The following was the 1st window which asked me sign in to Visual Studio, if you signed in Visual Studio could sync your settings between devices, and connect to online developer services.

I did not want to sign in so I chose "Not now, maybe later." 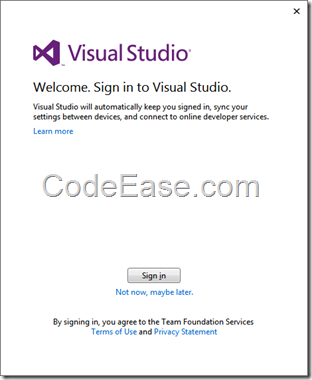 and then asked me to set a development environment and color theme, I just chose default settings: 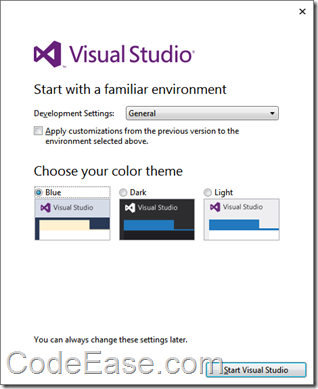 Preparing for 1st use: 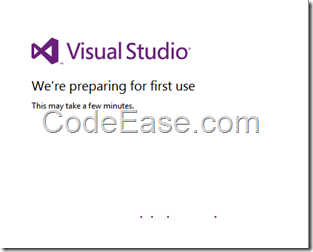 Then I saw the new Visual Studio 2013 main screen: 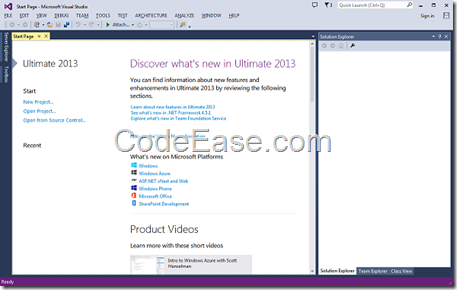 When I created a new project, I saw the web only gave a single ASP.NET Web Application choice, this is new ONE asp.net: 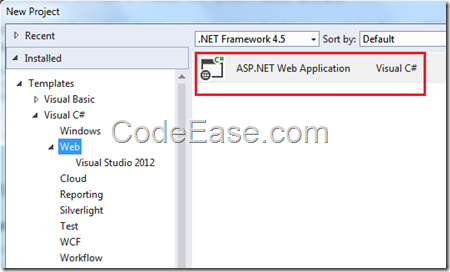 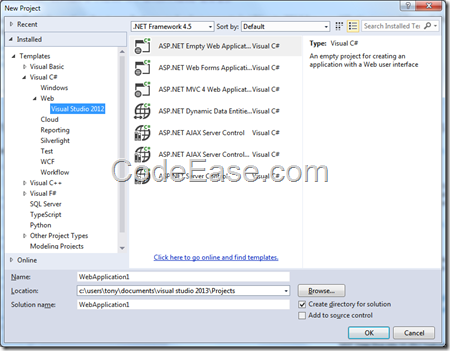 I selected the new One ASP.NET web application option and saw the next window to provide multiple template 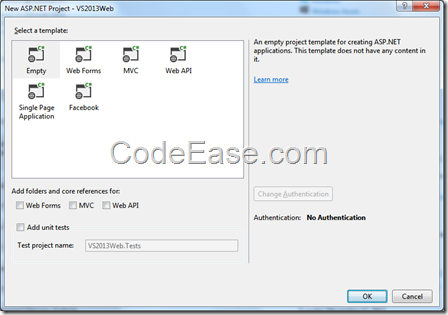 We could see either Web form or MVC project we could add other project in single application, here I checked on Web API;

Also, we can select Authentication options: 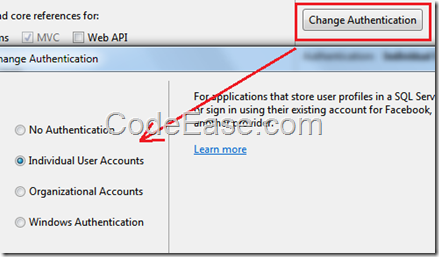 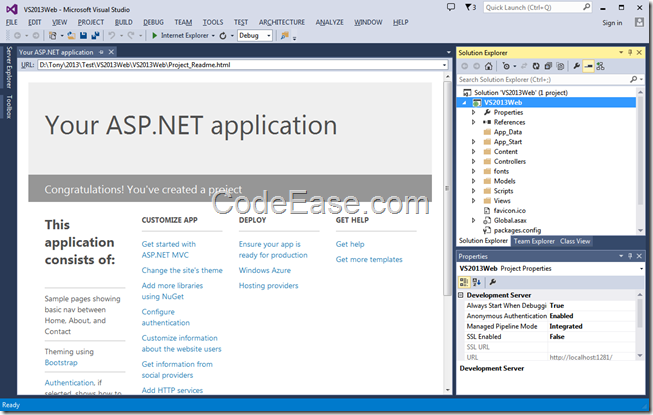 Because this was my first time using VS 2013, so I don’t know something, for example, where is the Web API folder? I have checked on to add a Web API folder in previous steps; but we can see VS 2013 provided new screen to let us change the default generated application: in main panel we see Customize App with some content like Change the site’s themes, Configure authentication….