Microsoft has already released Visual Studio 2012, If you want to try, please download it for 90 days free trial.

We downloaded the .iso file which the size is much bigger, the downloading time was almost 50 minutes ~ 1 hour due to your computer and network speed.

We are going to install Visual Studio 2012 on our Windows 7 (not Windows 8). We used Virtual CD tool so when we opened the .iso we saw the files as the following:

Double click the file vs_ultimate.exe to start the installation:

The first screen is a small area of Visual Studio 2012 logo just like a banner:

If you are using the elder version of Visual Studio, it will ask you to close old version first.

And then, the install start (from now you will see the most of screens will use black color background, why black? means cool ? ): 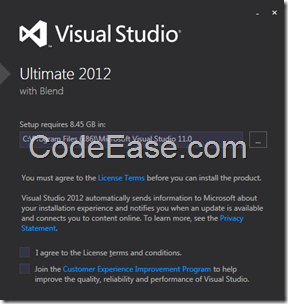 We can see Visual Studio 2012 is now with Blend together, they are no more separate package, so this is better for developer especially WPF, Silverlight and Web developers because they often use Visual Studio and Blend before.

After we checked on agreeing license terms and conditions, we can see the install options now: 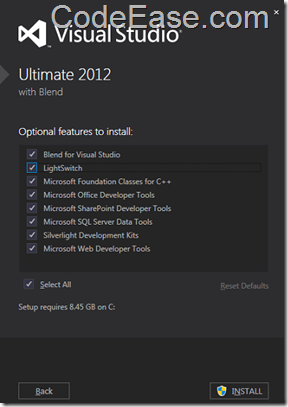 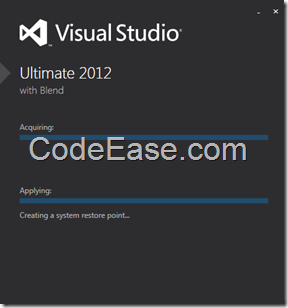 After about 15 minutes, we got the message which asked computer restart: 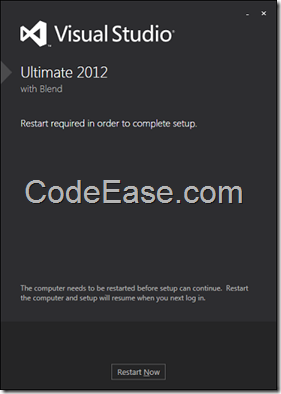 When the computer restart, we first saw the Visual Studio banner shown on the top left corner:

And then the installation continue with the same screen as before asking restart.

Entire installation process was running automatically without any manually click but just once time computer restart required. On our old computer (Intel Core 2 2.4Hz), we spent total 56 minutes (not sure, maybe over 1 hour).

Finally, we got the installation successfully screen: 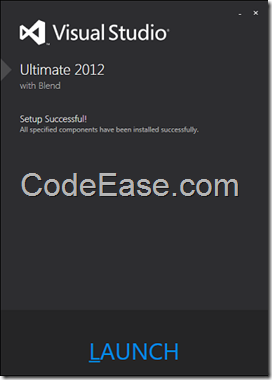 All the back screens looks like a Windows Phone 7 development screen. There is a LAUNCH button on the bottom, let us click to see the face of the new Visual Studio 2012.

Now the product key required, since we just want to use it as trials, so we click cancel button: 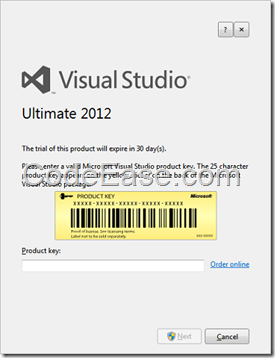 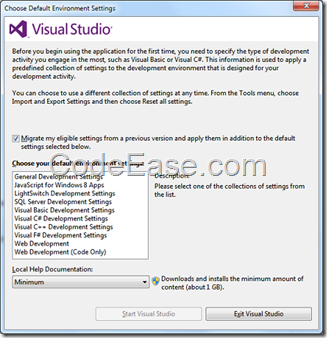 We just select the General Development Settings, click the button Start Visual Studio, now it will take a few minutes to load user settings (such as Help document) 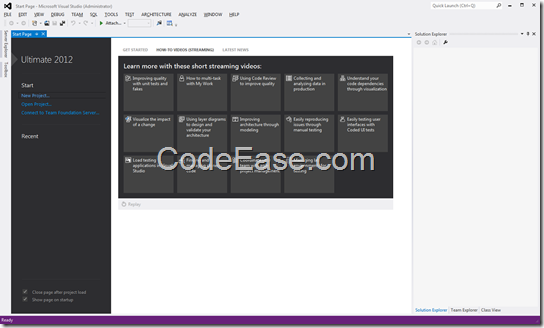 The theme is still black.