Most Popular Programming Languages in 2010

TIOBE has released the 2010 report of Programming Languages index in January 2011.

Here is part data of their report: 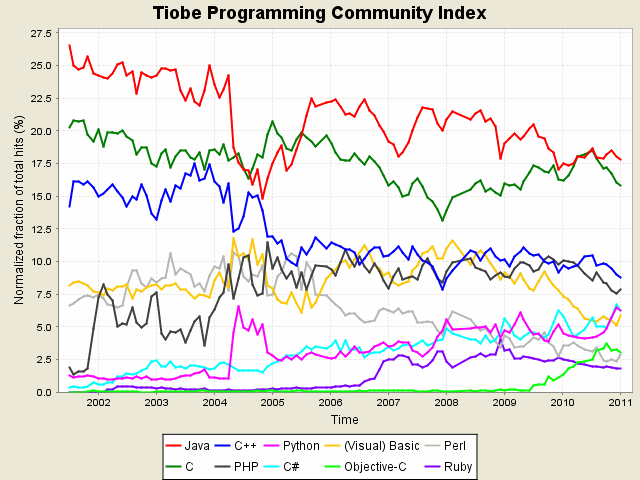 You can see at present the No. 1 popular programming language is Java, but C# is the only one language that is keeping growing, Python might be another one which is growing but it dropped lots between 2004 and 2005.