Microsoft announced new update for ASP.NET 5 and released Visual Studio 2015 CTP 6 on Monday. So I think I should try the new features earlier since I get spare time today.

Let me start from Visual Studio 2015 CTP version. I have not tried it yet. Because it is still a preview version, so I decide to install it in Windows 10 tech preview system.

Actually I might not want to try this time if I did not read Scott Gu’s blog:

Scott’s blog made me existing: a really cool new feature! I really want to try earlier.

1: Asked me to choose install location and install type, I selected Custom 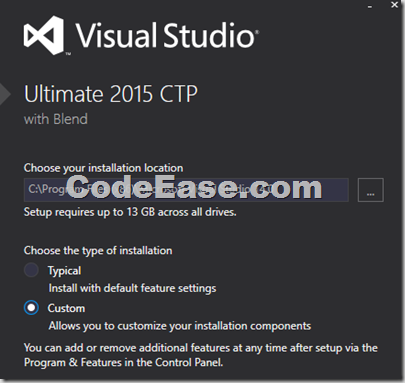 2: In next step I checked on extra install items such as something related mobile development and cross-platform development. 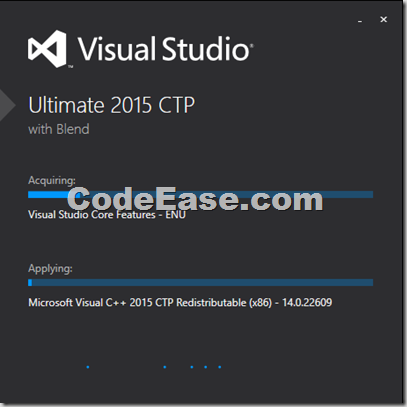 4: After long time install process, finally the installation ended. and you will see the icon in task bar is some different with Visual Studio 2013:

5: Now I want to create a new web project:

6: Click next button, you will see a following window which is different with previous VS version, I select ASP.NET 5 Preview Starter Web template: 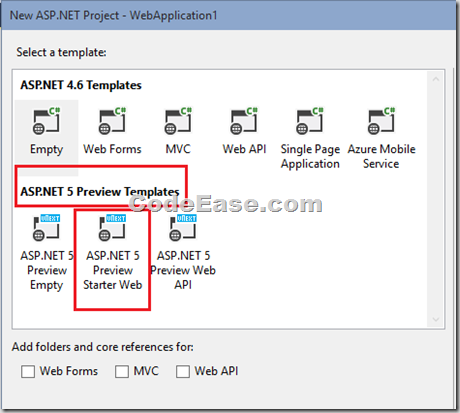 7: After the project built, you will see the first project screen:

8: Just run it, you will see the default web project home page like below: