I have mentioned in my previous blog Microsoft removed nice Setup Project after Visual Studio 2010, and forced developer to use the 3rd party tool: InstallShield Limited Edition.

But, normally developers do NOT like using InstallShield Limited Edition since we have to install the limited edition with license number, even it is free but still not convenient if we changed the developer machine or copy source code to another developer. and, problems are not only this, please read the user voice and votes:

Above user voice was the top vote that developers who use Visual Studio. What I like original Setup project is that its clean, light, easy, convenience, fast. I used to use the Setup and Deployment project for my software projects, but after Microsoft removed it from Visual Studio, I only told our team member and customers: "I do NOT have a install tool, please double click the executable file to run directly, it is Green software, you do not need to install. "

Microsoft replied this vote, but due to some unknown reason (some developers guessed the reason was about business secret with Microsoft’s partner), they said they would NOT bring back the original setup and deployment project to Visual Studio, but they still worked with InstallShiled team and push some new stuff on install project.

The funny thing was that developer seems STILL DO NOT like InstallShield LE even the new release. 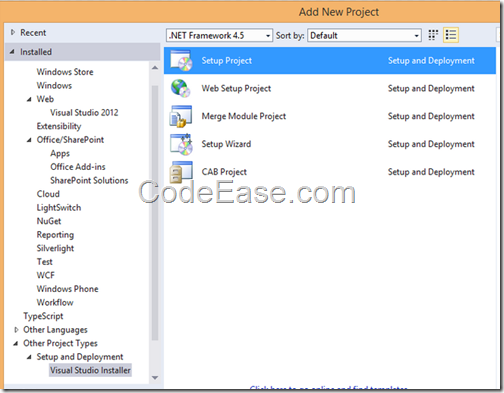 Now this extension project is still in its preview stage, I really hope the formal version come earlier. Actually I am waiting the version all time.